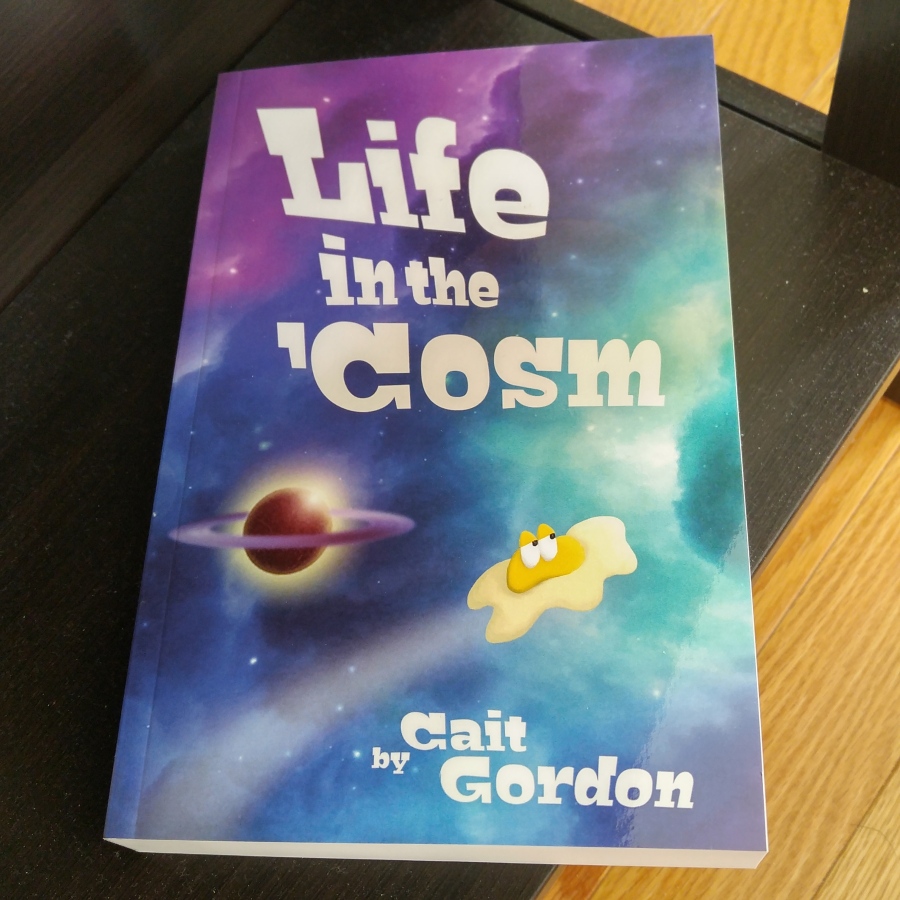 The following is Canadian author Jamieson Wolf’s review of Life in the ’Cosm from his post, Best Books of 2016. Thanks, Jamieson! We can’t wait for your upcoming Lust and Lemonade this spring!

Life in the ’Cosm by Cait Gordon 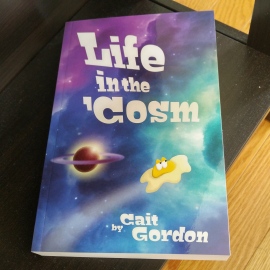 Virj Ofreesin is writing a fantasy novel. In it, the girl he loves is in love with him* but can’t have him. In reality, she is actually part of the Dwa species, two sharing one body, able to spend eternity with their soul mate.

Though everyone from his gay dads to his sentient daisy Sonny and his Ovum, Splot, tells him that it will never happen, Virj isn’t one to give up on his hearts desire. He had loved Frayda for three years. He won’t stop loving her just because everyone else is telling him that it can’t happen. The heart knows no limitations.

Then he meets Noola. She’s annoying, constantly chipper, a total klutz and dresses in eye watering sparkly clothing. She is also living in the same complex as [Virj] and happens to be the new editor at his office. Virj wonders how his life could get any worse.

When he learns that the Dwa Frayda and Jobie are ill, he agrees to fly to a planet in the middle of a war zone to retrieve a mystical plant that only grows upon its soil. He is congratulating himself on his bravery…until Noola says that she is going with him.

Armed with his tablet and his thirst for sweets, Virj is a man on a mission.

Life in the ‘Cosm is an intergalactic joyride of epic proportions. Laugh out loud hilarious, touching, endearing and wonderful don’t do it enough justice. The book was a joy to read from start to finish. The characters were awesome and had so much depth to them. Yes, this is a sci-fi novel but one with heart, verve and warmth. I loved this book so very much and can’t wait for Virj and Noola’s next adventure!