Relax, all you authors and writers of erotica; your jobs are safe. Nobody will accuse me anytime soon of trying to steal your thunder. Not by a long shot.

This week I confessed to my publisher that no matter what genre I try to write in, everything comes out silly. I said, “I think my genre is Silly.” My publisher feels it’s a perfectly acceptable genre. I like this person. 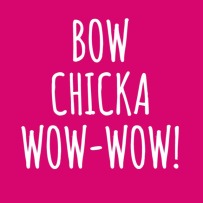 Because I love writing with humour, I just had to extend it to our most vulnerable space–the bedroom. While sexual activity can be mind-blowing and magical and filled with fireworks, sometimes the clunkiness of life and the quirks of people can take it to a different place. A ridiculous place, really. I know in my life some of my biggest laughs with my spouse have been in bed, when things haven’t gone to plan. Yet, those odd, imperfect moments always created a deeper intimacy between us. Made everything a bit more real, and somehow a bit more perfect.

If you’ve not read Life in the ’Cosm, then warning, spoilerishy things are imminent.

As most of the book was a stream of consciousness, I didn’t limit where I went in my writing. I got the first two chapters down, and then opened chapter three with:

Self-gratification was not an easy task in the flat.

Later on in the book, there’s that infamous moment when you’ve had too much to drink and only just realised you’ve slept with someone but have no memory of it:

She paused again, frowned, lifted the sheets over her head, and inhaled deeply. Then she screamed on top of her lungs.

A valid question. We all know our personal perfumes, so when a foreign scent is blended with ours, we’d obviously like some answers. In my life, I’ve often said after a passionate tryst with my beloved, “Gee, it smells like two people who love each other.” Because doods, it truly does smell like two people! Amirite???

Again, a valid question, if you cannae remember anything from the night before. Am I the only one who feels this way?

I loved adding the awkward things about sexual activity. It made me laugh, and I think it made my readers laugh, too. We can relate to the embarrassing, smelly, and goopy side of sex because that’s often what it’s actually like. Not every sexual encounter is a well-choreographed dance that ends in simultaneous orgasm. The films might want to have us believe that, but I think we writers need to tell the other side of it from time to time. We need less, “She was enthralled by his throbbing love-wand,” and more of, “OWWW! Get off my hair!”

Or is it just me?

Watching people work through those clumsy moments makes them more endearing to me as a reader, too. I don’t want to roll my eyes at the sexually unattainable. I want to laugh with empathy. I want to say, “Oh, heck, yes, I totally get it.” I want to see the sexy in the awkward, because people are still desirable when they’re goofing up. Maybe more so than when they’re suave, in my opinion. I want to make love to a real person, not a robot.

Unless it’s a cute and clumsy robot who blushes and reads poetry. I’d have to mull that one over.

Cait Gordon is an Irish-Canadian warrior princess and author of Life in the ’Cosm, a space opera about a little green guy who’s crushing on the female half of his two-headed colleague (Renaissance Press). Cait’s also the editor of the Spoonie Authors Network blog.